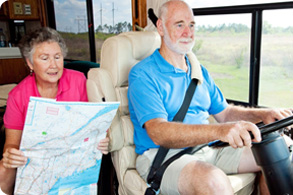 Even as a student in high school in Pennsylvania, Sam Puma was interested in aerospace; after all, it was the 50s and America was beginning its space program. Sam dreamed of becoming an astronaut and wrote his senior paper on how he would build a rocket-powered spacecraft to fly to the moon. He likes to say that it wasn’t too far off the plan ultimately used by NASA for their lunar travels.

Sam’s father, however, wanted him to pursue a career in medicine. So, after graduation from Wilkes University, Sam enrolled in Philadelphia’s Hahnemann Medical College. He enjoyed medicine but longed to combine his medical training with his love of aeronautics. The opportunity came when Sam joined the Air Force at the beginning of his senior year.

Following graduation from Hahnemann, Sam, now Dr. Puma, served his internship at Travis Air Force Base in California. After this internship, his first assignment was to the NASA Manned Spacecraft Center in Houston, Texas. There he served as a medical monitor for space flights and provided medical care for the astronauts and

their families. He was honored to be serving the astronauts and especially enjoyed that part of his work that involved flying with them. During medical school, Dr. Puma had received his private pilot’s license. He developed a deep love of aviation and became a skilled pilot. His interest in flying was appreciated by the astronauts, several of whom recommended him for a special training program. Through this program, Dr. Puma became one of the very few physicians ever chosen by the Air Force to become a jet fighter pilot.

During his career in the military, Dr. Puma was not only a flight surgeon and test pilot, but he also devoted his energy and expertise to crew systems and life support research and development. After retiring from the Air Force with the rank of Colonel, Dr. Puma joined Northrop Aircraft Division as a senior scientist.

While at Northrop, he was responsible for concept development and project management for aero-medical life support,

It was through Dr. Puma’s 36 years of experience as a physician in the aerospace industry that he developed and perfected his method for the prevention of motion sickness. After retiring from Northrop, Dr. Puma established Puma Applied Science, a company created to continue his human factors research and to develop products and services based on this research. 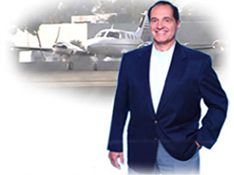